They tell you they’ll treat you like everyone else.

They tell you that your disability doesn’t really matter.

They’ll make it look as if it’s really not a problem.

But you see, it always becomes a problem. Always.

There have been all kinds of stories. From “I wish we could eat at a place without drawing so much attention to us,” to “I’m not so sure the guys will feel comfortable around you,” to “I really don’t know how I’ll introduce a one-legged woman to my father.” Even with the girls, there’s been “you know our ‘hanging out’ is usually swim-time – it would be awkward to invite you when it’s so obvious you can’t swim.” (Never mind that I actually had learnt to swim with my leg and stump!)

Of course it hurt. And it hurt more because I’d lost the leg because of something too stupid to say. It didn’t help either that I was not a quiet or subdued person. But frankly, what made it worse was the pity. They tell you they’re fine with you, but their eyes tell a different story.

With time, I’d learnt to have what I called ‘superficial fun’. I could meet up with colleagues and acquaintances and have a good time. Shallow talk, drinks, and then goodbyes. It worked well. No inner circle, just mum. No actual friends, mainly co-workers.

When I started the firm, I knew that a lot of the favours I got were because people pitied me and didn’t expect that it would amount to anything (Although I know you strongly disagree) – but look at us now!

I remember one of the university interns asking me how I could be so strong when people had almost no regard for the handicapped. She was one of the few that didn’t have that pity look. She was straightforward and genuine. One day, I hope she gets out of law school and comes here to work. Or that she builds a firm to rival mine.

She had no idea that before you, it really wasn’t much strength. It was more of a daily motion. Put one leg in front of the other each day – actual leg, then prosthetic leg, or crutch, or whatever. That, and the occasional ‘superficial fun’.

She had no idea the countless nights when I felt that my left leg was burning – even though it actually wasn’t even there. She didn’t know how much I’d cried over the stupid pitying glares that people gave me. She had no idea how much love had been lost… how many heartbreaks I’d suffered. And how I’d decided that love was not for the ‘crippled‘.

She, like many others, did not know that you were the one wake-up call that I needed.

When I met you, I was in my old wheelchair. It didn’t seem to bother you… because you stayed and talked, and drank with me, and teased me, and sort of flirted with me. I thought it was the drinks. I was pretty sure that we’d sober up the next day, and you’d remember that the girl was in a wheel chair with a stump, and decide to forget about it all – it was all too familiar!

But you called me the next day, and asked to go on a date. I told you I had a fitting for my new prosthetic leg, so I didn’t think it would be possible – thinking that that would remind you that I really was in a wheel chair.

But you asked to tag along “I’m on leave, so I’m pretty free! I could tag along and then take you out to dinner after?” – At that point, I must say that I was starting to get smitten! I had to sit in front of my mirror, and remind myself that this was all ‘superficial fun’. I could not afford to ever be heartbroken again.

Yet after that physio appointment, I knew that I wanted you. It didn’t matter in what context – brother, friend, doctor buddy, boyfriend (even though this possibility was so far-fetched to me). Whatever you were offering, I was willing to take it… I needed as many people that treated me as if I was like everyone else, as possible.

I remember the stupid smirk on your face when I asked the dude if I could go back to wearing miniskirts with the prosthesis. How you got into doctor mode, bantering with him, and not being arrogant about all the answers he gave – which you already knew.

That day, I decided that if I had just 2 people that didn’t care about my cut leg, 2 people that would treat me normally, after a day of dealing with pitying glares or hurtful comments, then I’d be okay.  I had mum already. And now there was you.

After 10 months, I got back to practicing, and there were times when I could swear that I won the cases just because the judge saw that I wore a prosthetic leg. You wrestled me out of that thinking of course – “You’re a smart young woman – helluv vibrant, irresistible, nothing about your absent leg has anything to do with your winning any case! You’re efffing brilliant – and you should even start your own firm! ”

I fell in love with you that day. Proper love, you know. It was just unexpected. You motivated me. Before you, a lot of my colleagues knew how to bring me down easily. Especially with regards to the incident, and the leg. And of course, the pity.

I remember when you got to mine, from the clinic one afternoon, and I was so upset about Le-Ann’s child abuse case. I was poring over my books and barely noticed that you were there. My leg was somewhere on the couch, and I was sprawled on the floor, in a tee and shorts.

You claim you stood there for about thirty minutes, just looking. I noticed you only when I turned to get my bottle of water, and I was startled, wondering why the hell you were standing there staring at me that way!

“I’ve been lusting after you for some time now…”

I thought I was imagining it. I mean I knew you cared about me, and respected me as a person, I liked that you hugged me often, and made me feel mushy on the insides. I knew that our relationship was special, and we would always be in each other’s lives, caring for and motivating each other. But I had no idea that you found me attractive in any way. It took me by surprise.

It took me by surprise too when you got down on the floor – lab coat, stethoscope and that weird bag in hand, and kissed me. All the raging hormones that had been banked securely for years were breaking their boundaries and pushing me over the edge🙈 . It’s why I started tearing up. I know you probably knew that. My lies about how emotional the case made me didn’t seem to appease you.

Later on, when we’d just eaten, and I was going over the case with you, and planning out my arguments, you did it again. Out of nowhere. “I want to marry you, Diane, and make many little Dianes with you.”

I remember also when I came by the clinic one evening to bring you food, just because. How one of nurses asked me if I was sure I was in the right place. I remember how mad you were when you finally came out. I remember them loud-gossiping about ‘the boss’s girlfriend’, how I must have used some sort of ‘juju’ to get you, because how would such a good doctor – tall dark and handsome, settle for a ‘cripple’. That word! It was the first time I saw you irate!

I’m getting too emotional over this letter…😫 The point, is just to say, thank you… For not pitying me. For loving me. For showing me that being ‘handicapped’ in anyway, is not the end of life. That life can be amazing regardless. Thank you for dancing with the one-legged girl… For 3 years of seeing me as whole, when I had doubts. For dealing with my issues – phantom limb and the low-key low self esteem being the worst of them. Thank you for all the fights we’ve had – it’s refreshing to know that you don’t let me win them just because… (Oh and thank you for all the make- up sex we’ve had to have🙈🙈. The most recent of which may have led to a thing…😂🤣😂🤣😬😉)

I have a feeling that you already know, and you’re just waiting till I say it. I hope it’s a boy. And I hope he becomes just like his father… (just without the leaving of soapsuds in the bathroom part😋).

Thank you for everything. But especially, for not pitying me!

To preorder "Perspectives" (On my birthday)October 22, 2020
Perspectives is almost out!! 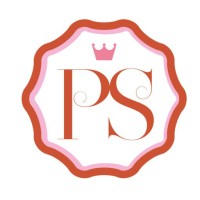 welcome to my imagination!

Awakening To Our True Nature

"All that baggage we keep on dragging around— lay it down at the foot of the cross." - Hillary Scott (Beautiful Messes)

A place where we share our random writings and unqualified judgements of the books we read.

“We are all like poems. some of us rhyme. some don’t. some are Pulitzer prizes some are just scribbles and yet, we all possess a special kind of beauty that can either heal or cut to the bone one that can never quite be fathomed, nor forgotten.” ― Sanober Khan

Its about to be lit in here... Brace yourselves

His Words, My Writings, Your Life....

You are invited to explore and discover why things are what they are.